Sid Cook of Carr Valley Cheese is Wisconsin’s most award-winning cheesemaker. A master cheesemaker who received his license to make cheese at the age of 16, Cook is credited with creating over 50 original cheese varieties. Carr Valley sources milk from 40 different dairy farms located within 20 miles of their plant, sheep’s milk from a single farm, and goat’s milk from an 8-farm co-op near Green Bay.

The “Best Cheese in America” winner at the 2004 American Cheese Society competition, Casa Bolo is a three milk blend utilizing the highest quality Wisconsin milk. The cheeses are hand formed into a three pound ball and aged for 24 months. The final product resembles a fine parmigianno — densely packed paste with hazelnut and almond aromas and a creamy caramel finish.

A wonderful combination of goat and cow milk. The wheels are cured for 4 months and then dipped in brown wax. The body is firm and the flavor has a nutty but pleasant taste. It has a very nice melt for sauces and is a wonderful eating cheese.

The French verb meaning to mix, this cheese is made with sheep, goat and cow milk blended together. This cheese has an amazing complexity where flavors from all three milks can be detected.

Carr Valley’s versatility is demonstrated by their ability to execute classic cheese styles alongside their original creations. Fontina originates in the Italian Alps but is now made all over the world. Carr Valley’s version is dipped in red wax, as is often seen in Holland.

Carr Valley's Mild Cheddar Cheese is handcrafted in LaValle, Wisconsin plant in small vats by cheesemakers with more than 100 years experience. This cheddar cheese is 3 months old and will have a mild creamy texture. Great melting ability.

A seasonal cheese made with milk from pastured Wisconsin sheep. It is white in color and its flavor is mellow, complex and sweet–qualities that reminded Sid of his daughter, Marisa for whom he named the cheese.

This white cheddar has cranberries and chipotle peppers for added flavor. It has the taste of the best Texas barbecue and the heat comes on after the flavor of the cheese and has a very warm finish.

Made in a 12 lb. wheel. This white cheddar is apple smoked and then hand rubbed with paprika. It has a light smoky flavor that balances very well with the paprika.

A revolutionary five-creme blue, master crafted to be the most decadent blue available from Carr Valley Cheese.

It is a delectable symphony of mild blue notes and Peperoncino peppers that bodes a smoothness that can only be described after trying it for yourself.  It adds a silky fire atop burgers, pizza and steaks.

This cheese is made from fresh goat milk and has a pungent, earthy aroma. The flavor from black truffles blends deliciously with the sweetness of a fresh goat cheese. The texture is firm; it shreds well and is great on salads, burgers and vegetables.

A delicious and unique sweet vanilla goat milk cheese with hints of caramel, coconut, and nutmeg. Has a unique mix of vanilla sugar on the rind and vanilla bean throughout.

Chocolate and cheese unite beautifully in this award-winning American Original. Featuring our delicious Cardona aged and rubbed with cocoa powder. The cocoa flavor is subtle, the rind a lovely brown, and the end result like nothing you’ve ever tasted.

Cheddar starts out as fresh curd that is hand packed in 40 lb blocks and manually pressed. Then it is carefully aged in blocks for just the right amount of time.

This creamy cheese has a distinct blue flavor. Made of fresh milk of pasture grazed goats.

A triple cream cheese that is buttery and melts in your mouth.

Creamy goat cheddar that is then aged for 6 months. 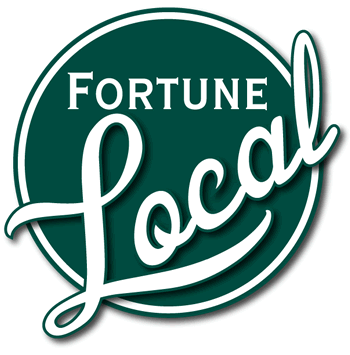