Trawlers- Towing one or more nets classified as trawls 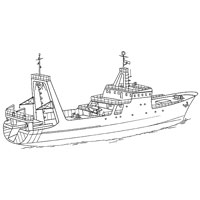 Freezer Trawlers - These are trawlers on which the fish is frozen on board.  The majority of trawlers operating on high seas are freezer trawlers. 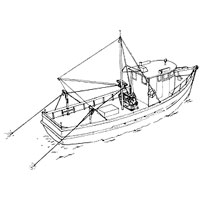 Wet-fish Trawlers - In these vessels the fish are kept in the hold in fresh/"wet" condition.  These trawlers do not usually travel in areas far from shore. 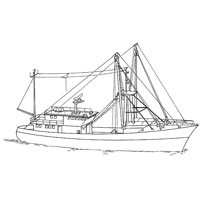 Beam Trawlers - These trawlers use strong outrigger booms to tow their fishing gear.  Double-rig beam trawlers tow two trawls, one on each side.

Otter Trawlers - These vessels two one or several parallel trawls, kept horizontally open with the aid of otter boards.

Pair Trawlers - A pair trawler is one of two vessels towing a single trawl.  The two vessles open the trawl horizontally when trawling. 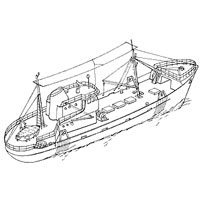 Side Trawlers - The trawl is set over the side and the trawl warps pass through blocks hanging from two gallows, one forward and one aft.  The side trawler is most common in the deep sea fishing industry in the North Atlantic during the late 60s. 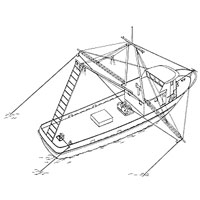 Outrigger Trawler - This vessel tows outriggers.  These are most widely used for shrimp trawling. 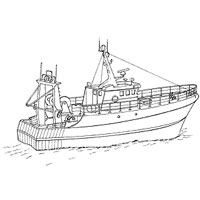 Stern Trawlers - On stern trawlers the trawl is set and hauled over the stern.